Born on April 15, 1452, in Vinci, Italy, Leonardo da Vinci was concerned with the laws of science and nature, which greatly informed his work as a painter, sculptor, inventor and draftsmen. His ideas and body of work—which includes “Virgin of the Rocks,” “The Last Supper,” “Leda and the Swan” and “Mona Lisa”—have influenced countless artists and made da Vinci a leading light of the Italian Renaissance. Leonardo da Vinci was born on April 15, 1452, in Vinci, Italy. Born out of wedlock, the love child of a respected notary and a young peasant woman, he was raised by his father, Ser Piero, and his stepmothers. At the age of 14, da Vinci began apprenticing with the artist Verrocchio. For six years, he learned a wide breadth of technical skills, including metalworking, leather arts, carpentry, drawing and sculpting. By the age of 20, he had qualified as a master artist in the Guild of Saint Luke and established his own workshop. Florentine court records show that da Vinci was charged with and acquitted of sodomy at the age of 22, and for two years, his whereabouts went entirely undocumented. Source: Biography

Leonardo da Vinci was one of the most diversely talented individuals of all time. His “unquenchable curiosity” led him to make discoveries and inventions that were beyond his time, not to mention his numerous artistic masterpieces. Today on SciShow, Hank takes us into the mind of this Renaissance Man and explores some of his many contributions to the world.

Artist Leonardo da Vinci produced two of the most famous paintings in history, “The Last Supper” and the “Mona Lisa.” But he was also passionate about medical discoveries and military inventions, some of which were centuries ahead of their time. Walter Isaacson, author of bestselling biographies of Steve Jobs, Albert Einstein and Benjamin Franklin, has written a new book about da Vinci, and he talks with Dr. Jon LaPook about why this Renaissance Man’s mind and curiosity were so extraordinary.

Leonardo da Vinci – Writer, Mathematician, Inventor, Artist (1452–1519) Leonardo da Vinci was a leading artist and intellectual of the Italian Renaissance who’s known for his enduring works “The Last Supper” and “Mona Lisa.”…“Iron rusts from disuse, stagnant water loses its purity and in cold weather becomes frozen; even so does inaction sap the vigor of the mind.” —Leonardo da Vinci

Born on April 15, 1452, in Vinci, Italy, Leonardo da Vinci was the epitome of a “Renaissance man.” Possessor of a curious mind and keen intellect, da Vinci studied the laws of science and nature, which greatly informed his work as a painter, sculptor, architect, inventor, military engineer and draftsman. His ideas and body of work—which includes “Virgin of the Rocks,” “The Last Supper” and “Mona Lisa”—have influenced countless artists and made da Vinci a leading light of the Italian Renaissance.

Leonardo da Vinci was born on April 15, 1452, in a farmhouse nestled amid the undulating hills of Tuscany outside the village of Anchiano in present-day Italy. Born out of wedlock to respected Florentine notary Ser Piero and a young peasant woman named Caterina, he was raised by his father and his stepmothers.

Young Leonardo received little formal education beyond basic reading, writing and mathematics instruction, but his artistic talents were evident from an early age. Around the age of 14, da Vinci began a lengthy apprenticeship with the noted artist Andrea del Verrocchio in Florence. He learned a wide breadth of technical skills including metalworking, leather arts, carpentry, drawing, painting and sculpting. His earliest known dated work—a pen-and-ink drawing of a landscape in the Arno valley—was sketched in 1473.

At the age of 20, da Vinci qualified for membership as a master artist in Florence’s Guild of Saint Luke and established his own workshop. However, he continued to collaborate with his teacher for an additional five years. It is thought that Verrocchio completed his “Baptism of Christ” around 1475 with the help of his student, who painted part of the background and the young angel holding the robe of Jesus. According to Lives of the Most Excellent Painters, Sculptors and Architects, written around 1550 by artist Giorgio Vasari, Verrocchio was so humbled by the superior talent of his pupil that he never picked up a paintbrush again. Most scholars, however, dismiss Vasari’s account as apocryphal.

After leaving Verrocchio’s studio, da Vinci received his first independent commission in 1478 for an altarpiece to reside in a chapel inside Florence’s Palazzo Vecchio. Three years later the Augustinian monks of Florence’s San Donato a Scopeto tasked him to paint “Adoration of the Magi.” The young artist, however, would leave the city and abandon both commissions without ever completing them.

In 1482, Florentine ruler Lorenzo de’ Medici commissioned da Vinci to create a silver lyre and bring it as a peace gesture to Ludovico Sforza, who ruled Milan as its regent. After doing so, da Vinci lobbied Ludovico for a job and sent the future Duke of Milan a letter that barely mentioned his considerable talents as an artist and instead touted his more marketable skills as a military engineer. Using his inventive mind, da Vinci sketched war machines such as a war chariot with scythe blades mounted on the sides, an armored tank propelled by two men cranking a shaft and even an enormous crossbow that required a small army of men to operate. The letter worked, and Ludovico brought da Vinci to Milan for a tenure that would last 17 years.

His ability to be employed by the Sforza clan as an architecture and military engineering advisor as well as a painter and sculptor spoke to da Vinci’s keen intellect and curiosity about a wide variety of subjects.
Leonardo thought sight was humankind’s most important sense and eyes the most important organ. He stressed the importance of saper vedere, “knowing how to see.” He believed in the accumulation of direct knowledge and facts through observation.

“A good painter has two chief objects to paint—man and the intention of his soul,” da Vinci wrote. “The former is easy, the latter hard, for it must be expressed by gestures and the movement of the limbs.” To more accurately depict those gestures and movements, da Vinci began to seriously study anatomy and dissect human and animal bodies during the 1480s. His drawings of a fetus in utero, the heart and vascular system, sex organs and other bone and muscular structures are some of the first on human record.

Da Vinci also studied botany, geology, zoology, hydraulics, aeronautics and physics. He sketched his observations on loose sheets of papers and pads that he tucked inside his belt. He placed the papers in notebooks and arranged them around four broad themes—painting, architecture, mechanics and human anatomy. He filled dozens of notebooks with finely drawn illustrations and scientific observations. 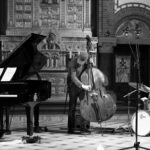